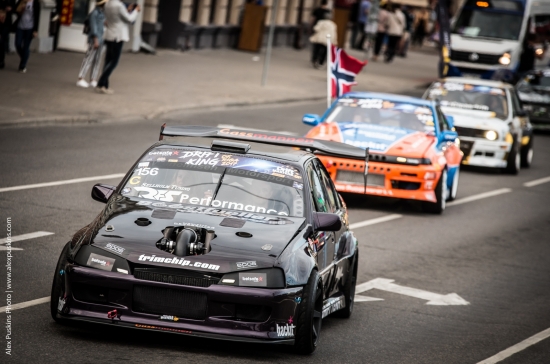 Roads in Sacramento were blocked by drifters

As it became known, in California, a group of drifters decided in the daytime to block several intercity roads. This provoked huge congestion, despite the fact that all the events were organized early in the morning. The difficulty for the police turned out to be that the riders' events were held in different parts of the city, and at least 5 hours had to be spent to deal with the situation.
The unauthorized drifter show was attended by over 50 cars. The police managed to arrest only seven, all the others safely disappeared. At the moment, it is precisely known that two of the participants have already received a guilty verdict. A trial will be held shortly. All participants face a large fine that can reach several thousand dollars.

On the I-5 track, the drifter show was so interesting that many drivers who were stuck in traffic jam left their vehicles and went to the show. The organizers themselves responsibly approached the event and even shot everything from the air, but now the recordings will be used against them. The traffic jam was only 15 minutes, after which the show ended and everyone parted. Now the police are looking for all the participants.http://fiatforum.lv/http://fiatforum.lv/