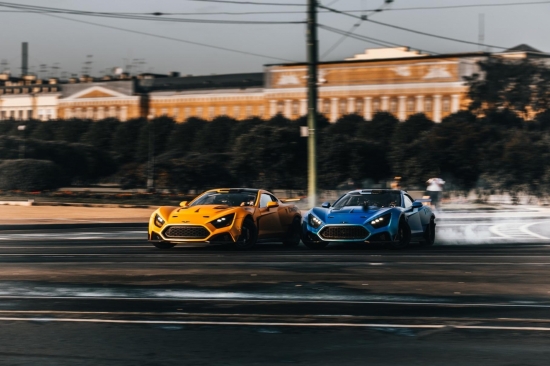 Pair drift right in the center of St. Petersburg

Supercars Flanker F are still not accessible to ordinary people, but everyone also continues to delight people with their incredible sketches and shows. Recently, two Petersburgers Sergei Kabargin and Arkady Tsaregradtsev again decided to show their driving skills in supercars and did this not on a separate platform outside the city, but right in the center of the city. As it turned out, the show was planned and all issues were settled with the leadership of the city.
Now the entire race can be found on the ddKaba YouTube channel, where everything is qualitatively mounted. It is worth noting that the supercars in question were designed by the rider Kabargin himself. He has his own auto repair shop Evil Empire. Of course, the car is not completely developed by Sergey, Corvette was taken as the basis.

Traffic police also participated in the event and provided security. The road in the city center was blocked for some time. As for cars, they have different configurations, one gives out 600 horsepower, and the second 700. A similar event was held on Lake Baikal, where both riders drifted along prepared ice for 260 kilometers. All videos featuring Kabargin can be found on his YouTube channel.http://fiatforum.lv/http://fiatforum.lv/